GTFO is a 4-player hardcore co-op action horror FPS. You and your friends will explore hostile and terrifying environments where, in an instant, you are thrown from edge-of-your-seat suspense to frantic action. It's a large-scale experience, testing players in their ability to gear up and adapt to an endless string of unknown and ever-changing challenges.

Every expedition in GTFO is unique and the game lets you make informed decisions on what equipment and weapons to bring - but even then survival is not guaranteed.

GTFO throws so many curveballs and unknown factors at you that you and your team always have to stay on your toes - and the atmosphere is suffocatingly tense. It's nerve wracking to play even for us developers! If you're easily scared, wear your brown pants.

GTFO is about a team of four people trapped in an underground Complex, kept there against their will, forced down into the depths to carry out different objectives for this unknown entity called the Warden. The underground Complex has been abandoned for many years and it's been overrun by flesh-eating, grotesque monsters, and you want to get out of there.

As you progress deeper into the Complex, the story will be told not only by the characters themselves, but by clues and hints found in the environment.

More information about the story here.

There are 4 playable characters in GTFO:

The dialogue system in GTFO is fluid and dynamic. Depending on what type of action and atmosphere players are experiencing, the banter between the characters will change reflexively.

More information about the characters here.

GTFO players form a team of four scavengers who are forced to explore the vast underground complex while searching for valuable artifacts. Complicating the process is the presence of hideous monsters, who have overrun the whole area. The players must gather resources to survive, and work to unearth the answers about the past and how to escape.

GTFO requires teamwork to solve puzzles, and for finding items.

More information about the gameplay here.

More information about the features here.

10 Chambers released a screenshot showing a dark room with low fog. Spread around the room are approximately 25 enemy nest eggs or pods. Very similar to the movie "Alien". Some objects read "caution", possibly explosive fuel tanks to be used to clear hordes.

More information about the environment here. 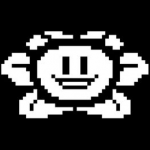